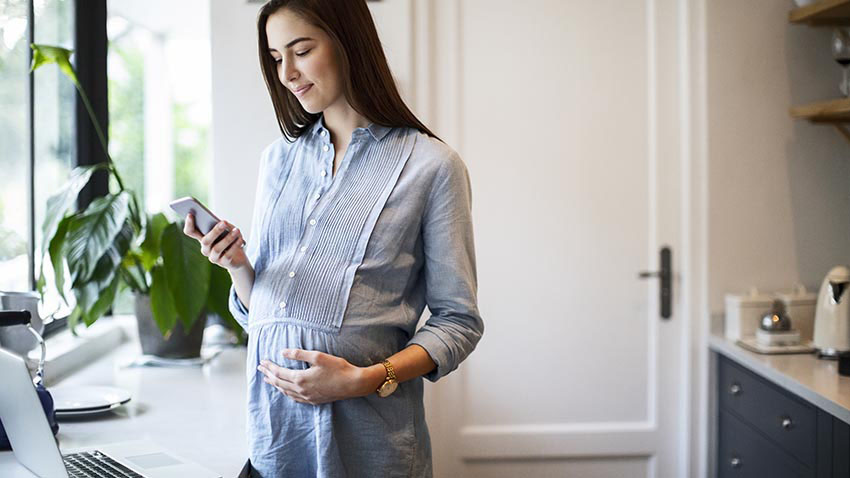 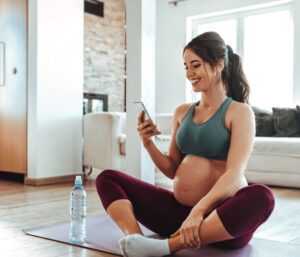 The air inside our homes is often more polluted than the air outside, because to the contaminants in the outdoor air are added others that are specific to the indoor environment. These include tobacco smoke, volatile organic compounds (VOCs), gases released in the kitchen from cooking food, household cleaning products, particulate matter, CO2 and radon gas.

According to the World Health Organization, about 49 percent of people are exposed to high levels of pollution even within the home. Household Pollution can compromise the health of occupants, and those most at risk are people with medical conditions, the elderly, children, and pregnant or breastfeeding women.

Every mother knows that everything that passes through her also reaches the fetus.

The placenta forms a barrier between the mother and the fetus, but this does not mean that it is able to protect the fetus from toxic and harmful substances. Alcohol and some drugs, for example, can cross it. And the same goes for nanoparticles.

The greater the exposure to pollution, the lower the infant’s weight

A study conducted by the University of California at San Francisco and published in Plos Medicine, shows that in 2019, polluted air caused nearly 6 million preterm births and more than 500 thousand infant deaths. The researchers addressed the problem by analyzing different case histories over long observation periods. What they found is that prolonged exposure by mothers during pregnancy to high levels of pollutants such as ozone, carbon monoxide, PM10, CO2 and radon is associated with reduced infant birth weight. The greater the exposure to pollution, the lower the weight of the newborn.

In addition, a link has been shown between the presence of certain genetic alterations and childhood asthma with exposure to indoor contaminants during the gestational period. ”With this new, comprehensive and more rigorous evidence,” comments Rakesh Ghosh, an epidemiologist at the University of California San Francisco who coordinated the research, ‘‘air pollution should now be considered as a major cause of childhood disease and mortality and not just chronic disease in adults. ”Our study,” the researcher concludes, ”suggests that taking steps to reduce pollution levels will have significant health benefits for infants.”

Fine dust: among the most dangerous contaminants 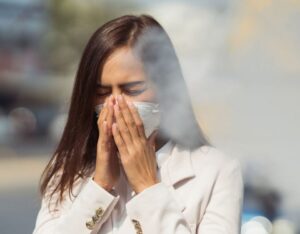 PM are very fine particles (with diameters of 2.5 thousandths of a millimeter or less), produced in various combustion processes, such as from motor vehicles, fires, and the burning of wood and coal in kitchens.

The harmfulness of particulate matter depends on its size and its ability to reach different parts of the respiratory system. From the nose and mouth through the lungs, in fact, they can reach the placenta. Particulate matter is responsible for increased spontaneous abortions, intrauterine growth retardation, and the birth of preterm and underweight babies. PM that a pregnant woman living in a polluted place comes into contact with can therefore directly reach the fetus, causing damage to the development and health of the unborn child.

According to the results of a study published in Science, 54 percent of pregnant women are exposed to worrying levels of pollution. Researchers have shown that the particulate matter we come into contact with on a daily basis disrupts the endocrine system and impacts children’s brain development and language acquisition.

Exposure to particulate matter is associated with a significantly increased risk of hypertensive disorders during pregnancy.

For that matter, we know that exposure to PM 2.5 is associated with increased cardiovascular and hypertensive risk for everyone, not just pregnant women.

The mysteries of pollution: Sistine Chapel also at risk