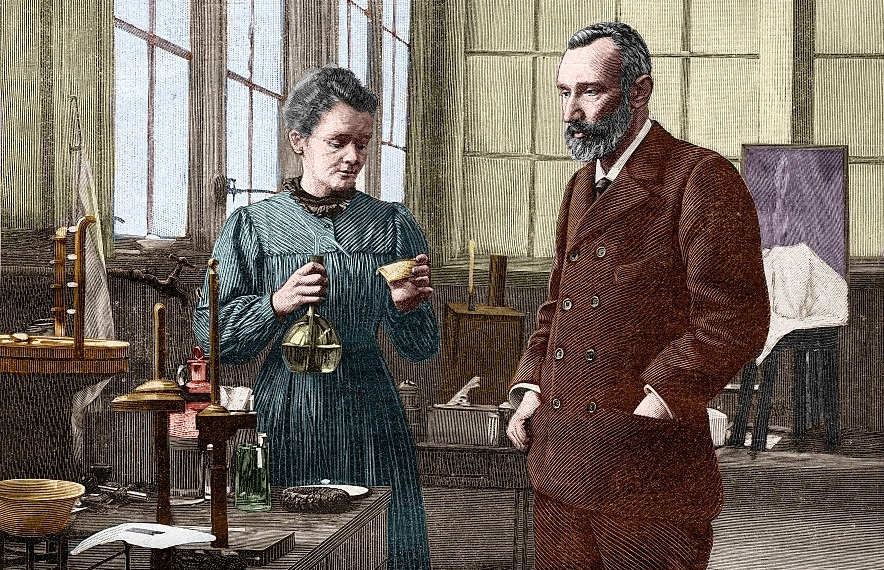 How man discovered radon and its danger 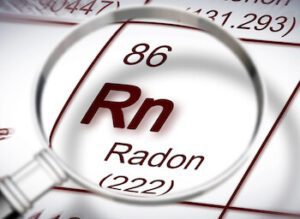 Radon is a naturally occurring radioactive noble gas found throughout the earth’s crust. Dispersed in the atmosphere, it is harmless, but when it takes over indoor environments it can reach high concentrations posing a serious danger to occupants who breathe it.

The World Health Organization estimates that radon is the second leading cause of lung cancer and ranks it in Group 1 of carcinogens, the highest level. 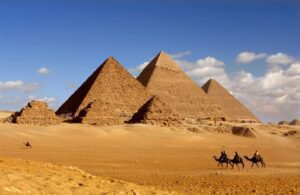 Early mortality was observed in antiquity by the Egyptian population (about 1000 B.C.) and particularly in underground dwellings in Cappadocia but the link between noxious fumes and lung cancer is answered only in the first half of the 20th century.

Around 1470, intensive silver mining began in the region of Schneeberg, a small town in Saxony.

The mining techniques practiced in these regions at that time consisted of extracting raw silver rock from shafts whose depths reached up to 400 meters.

Around 1500 an unusually high mortality rate, due to lung complications, was observed among mining workers at a young age.

At that time 75% of miners in the Schneeberg reason died of lung cancer. 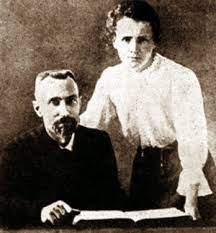 Radium, later called radon (Rn222), was classified as a radioactive noble gas produced by the decay of uranium.

Thanks to this discovery, the Curie couple won the Nobel Prize in Chemistry in 1911. 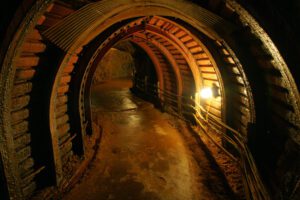 E. Müller, a mining executive from Saxony, was the first to identify the causal link, coming to the conclusion that Schneeberg lung cancer was a particular occupational disease, caused by radon contained in rocks present at high concentrations in the air of mines, which, when inhaled, triggered a process of carcinogenesis in the respiratory tract.

In 1936 Rajewsky, one of Germany’s most influential biophysicists, initiated a research program in Germany in which he provided new insights into the link between radon concentration and lung cancer.

This study involved measurements in mines and histological analysis of lung tissue from miners who died of lung cancer.

At the end of his studies, Rajewsky confirmed that in the Schneeberg mines, the high frequency of lung cancer among miners was a likely cause of Radon inhalation.

At that time, the average concentration of Radon in most of the Schneeberg mines was 70 to 120,000 Bq/m3.

Because many of the miners had died of lung cancer in that mine, it was called the “Mine of Death.”

1940 – Intensive Mining and Processing of Uranium for Military Purposes 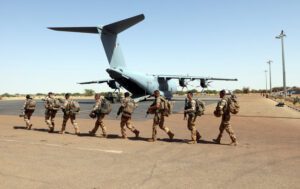 Intensive mining and processing of uranium for military purposes began in 1940.

At this early stage little attention was paid to worker protection. Radon concentrations were thought to be significantly lower than in the old mines, and only a few measurements were taken.

In Colorado, no radon samples were taken until 1950, and in East Germany the earliest available data are after 1955.

In the following years, experimental studies on the deposition of Radon particles in the lungs were carried out at the University of Rochester and at the Max Planck Institut for Biophysics in Frankfurt am Main.

As a result of these studies, more reliable methods for monitoring radon gas exposure in mines were developed. 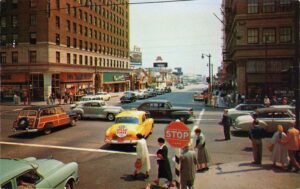 In the 1950s in the United States of America, the hypothesis of radon gas concentration in mines was increasingly supported by experts.

After monitoring and analyzing the exposure of miners to radon gas, this hypothesis was confirmed as a fact.

In comparison with mining situations, the possible influence of Radon on the risk of lung cancer for the population was discovered much more recently.

In 1956 the first indoor measurements were made and published, covering 225 Swedish homes.

These studies reported rather high levels of Radon in some homes built with a material with a high radium content.

This finding was given little international resonance, as it was considered a local Swedish problem. 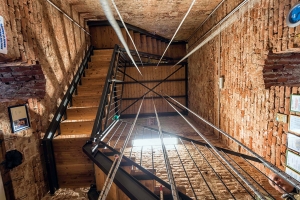 About two decades later, more extensive surveys were conducted in many countries.

These studies revealed extreme variability of radon in dwellings, ranging from a few Bq/m3 up to 100,000 Bq/m3.

It was recognized that in many homes the main culprit for high radon levels was not the building material but the convective flow of radon from underground.

This discovery proved to be of great importance for planning effective technical remediation measures. 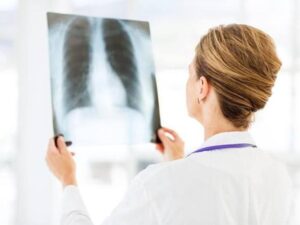 The International Commission on Radiological Protection (ICRP) emphasized the magnitude of the public health problem and made specific recommendations in 1993 publication number 65.
The hypothesis of a link between high radon concentrations and lung cancer was brought to the fore very early in the 20th century.

But the scientific and definitive demonstration of this link is very recent, and only in the last 10 years have we been able to say that radon is one of the biggest public health problems.

The EPA (Environmental Protection Agency) defines 4 pCi/L (picocuries per liter), or about 150 Bq/m3, as the limit above which it is advisable to consider radon reduction techniques.

The European Community has determined 200 Bq/m3 for new construction and 300 Bq/m3 for existing dwellings as the limit value to be adhered to, but these indications do not have the force of law and therefore the limits remain only a recommended guideline.

In Italy, many of the homes surveyed on the national territory presented radon levels above the reference limit of 300 Bq/m3, a value set by Legislative Decree 101/2020. The average Radon concentration in our country is 77 Bq/mc, almost double the average world concentration level of 40 Bq/mc.

Despite this figure, public awareness is almost completely nonexistent.

Currently there are obligations in Italy only for workplaces, while for residential environments there are only the recommendations of the European Community.

According to the World Health Organization, 20,000 cases of lung cancer deaths in Europe each year are due to radon exposure.

In Italy, radon causes about 4,500 deaths a year and after tobacco smoking, this gas is the leading cause of lung cancer.

Plants filter the air and trap harmful substances In 1989, the National Aeronautics and Space Administration (NASA), the agency…